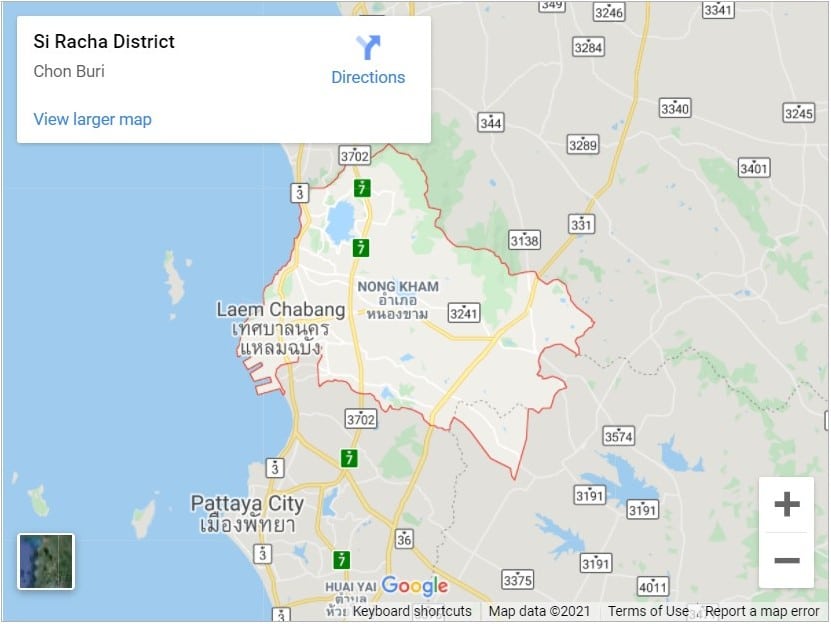 It originated in “Sriracha district”, Thailand

Sriracha sauce was originated here, in the seaside town called “Sriracha “in Thailand. Sriracha sauce was first formed by a Thai woman named Thanom Chakkapak in the town of Sriracha according to “Chomrom Rak Sriracha,” (The Si Racha Lovers’ Association) This association interviewed Thawat Wiphisamakun, locally- renowned as Ah Pae.

The Story of the Sriracha Sauce

Ah Pae’s grandmother had a small general-purpose shop in Sriracha where Burmese-workers visited the shop to purchase chilies, vinegar, and sugar to prepare their sauce.

Ultimately she initiated preparing the sauce herself, givien the idea of fromula from Burmise. She prepared this sauce both for family usage and for some sales to clients. This was the beginning of all.

While she was selling this sauce, later on, one of her client, Kimsua Thimkrachang, started to purchase large quantities of chilies, vinegar, salt, and sugars from her, to prepared the chili sauce in his own brand, as Sauce Si Racha Traa Phukhao Thong under the brand name of “Golden Mountain Brand Si Racha Sauce” with the Golden Mountain Temple picture on the label. This is the Sriracha Sauce that most Thai poeple are familer with today.

The Rise of the “Huy Fong Foods”

David Tran started making hot sauce in Vietnam in 1975, utipeppers from his brother’s farm located north side of Saigon. But because the new Communist government persecutes ethnic Chinese escalated, Tran, among 3,000 other refugees, escaped on a Taiwanese freighter known as the Huey Fong heading for Hong Kong.

Tran was eventually granted asylum in the US in 1979. After one year, he established Huy Fong Foods, Inc. named after the ship that took him out of Vietnam.

Finally, Huy Fong enhanced its first facility 7 years after starting formation, and Tran decided to move operations. He settled on buying a 68,000 sq. Ft. Building in California. In 2010, work started on a 650,000 square foot facility in Irwindale, California. It was the start of Sriracha sauce popularity in the USA.

The Boom of Sriracha Sauce in the US

If you visit the Huy Fong website, you hear this anthem praising Sriracha sauce as “the American garlic chili pepper sauce.” Though the sauce originated in Thailand, its place in the United States as the cultural icon that you are familiar with and love today makes it purely US creation that personifies a history of cultural exchange important to US culture. The fame of Sriracha is a classic US Dream success story.

Now, this sauce shows up everywhere. It has been acquired by other American venues such as Subway. This spicy and tangy sauce is utilized in pizza, sushi, and tacos. It is also consumed with the noodles.